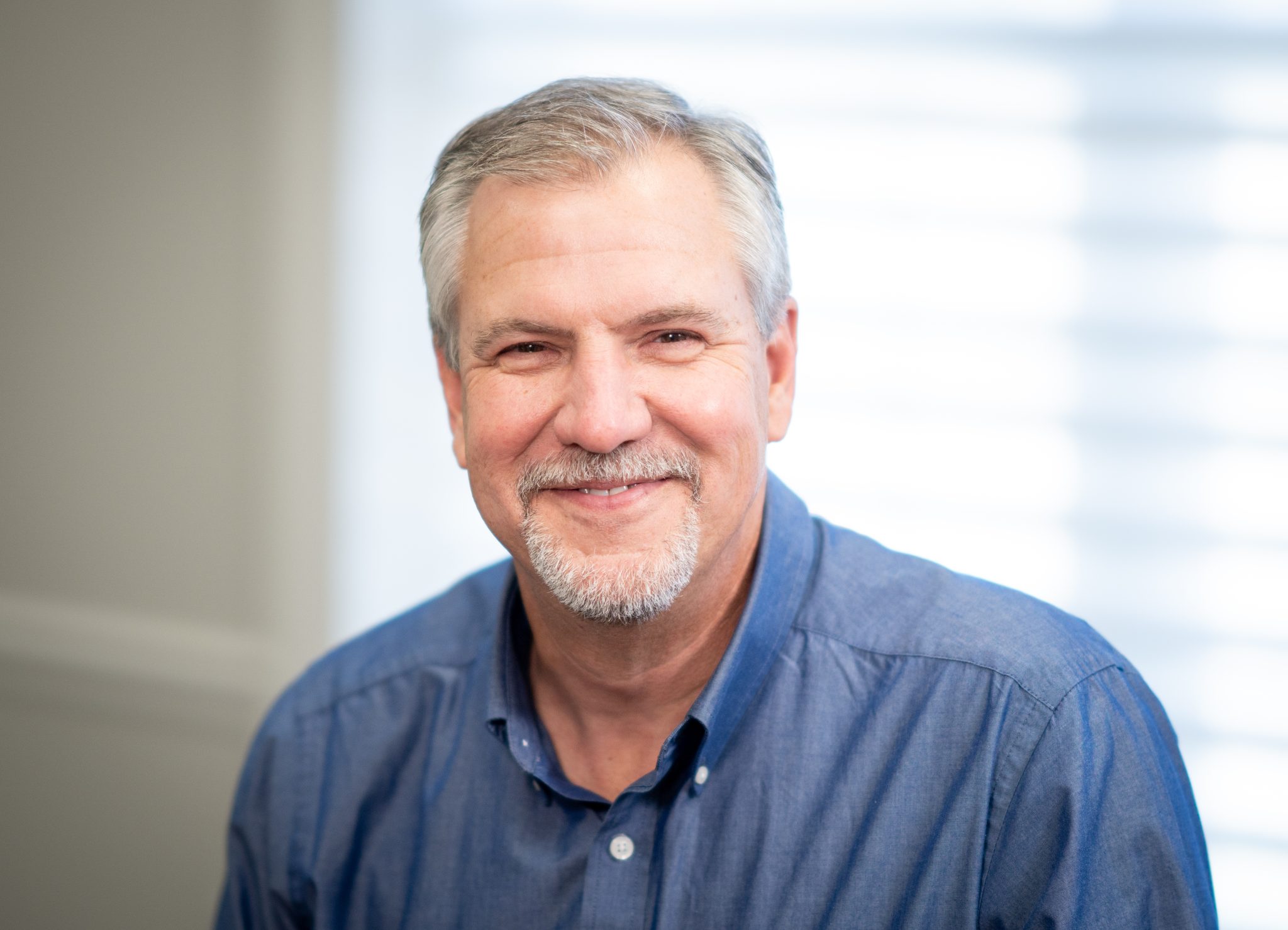 Greg Addison grew up in Memphis, Tennessee, playing sports and studying World War II history. He was blessed to be raised in a Christian home with parents who taught Sunday School and built life around the church. Greg gave his life to Jesus at 9 years old and was baptized in his home church, Bellevue Baptist Church. Greg later met his wife Janet there; she also shares a heritage of being brought up by Christian parents who raised her to be deeply involved in church life.  After dating throughout college, they were married in 1987. They have two children, son Grant and daughter Mabry who is married to Cory. In their spare time the Addisons enjoy traveling, and Greg continues to love sports and studying World War II history.

Greg graduated from the University of Memphis and the University of Tennessee College of Law and practiced law for six years in the Memphis area before being called to vocational ministry in 1996. He began his ministry on staff at Bellevue Baptist Church and served in multiple positions for six years, serving most of his tenure as Minister to Single Adults.

In 2002, the Addisons began their journey as Arkansas Baptists when Greg served as Senior Pastor of East Side Baptist Church in Paragould for five years, then at First Baptist Church in Cabot, where he served as Senior Pastor for over seven years. Greg became Associate Executive Director of the Arkansas State Baptist Convention in 2014, and during his tenure there he also served numerous churches around the state as interim pastor. After serving one year at the SBC Executive Committee, Greg has returned to Arkansas Baptist life as our Senior Pastor at FBC. Greg has been deeply involved in every aspect of Arkansas Baptist life, including service as president of the state convention and as a trustee at Williams Baptist University. Greg also spent two years as Chaplain of the Arkansas State House of Representatives.

With their heritage of church life and ministry, Greg and Janet love the church and are grateful to be a part of Fort Smith FBC. “The blessing of serving a historic church filled with folks who love Jesus and each other in a city with Fort Smith’s rich and fascinating history shows just how good God has been to us,” he said. 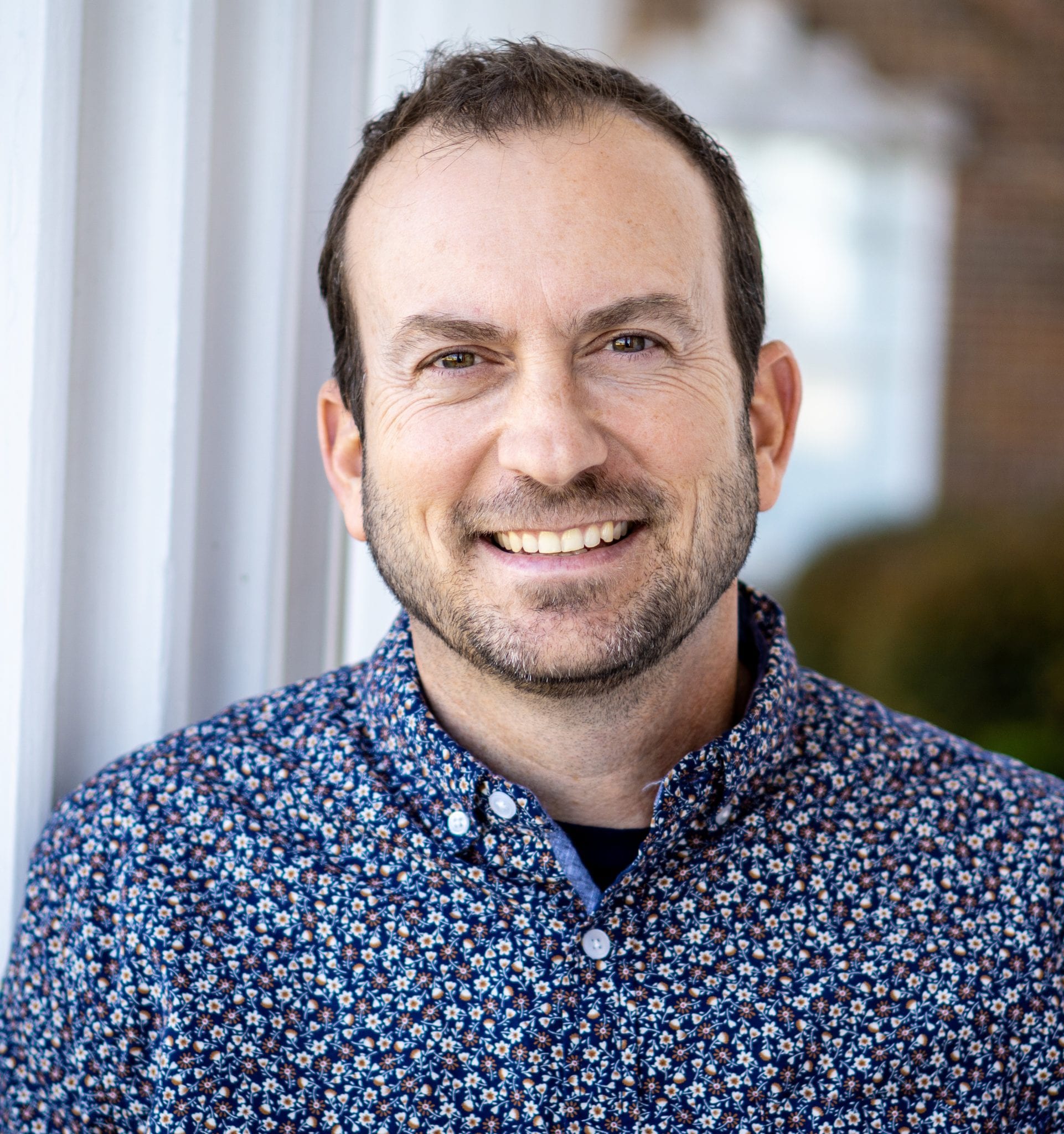 Matt Passmore is from Lawton, Oklahoma. He grew up playing sports and later earned a Bachelor of Science in Physical Education with emphasis in math from Cameron University. Matt married Lisa in 1997, and they have 3 girls, Nicole, Michelle, and Pacie and one boy, Deacon. After teaching and coaching for 7 years, the Lord gave new direction and called him into full time ministry. He served as a children’s pastor from 2004 and then joined first Baptist Church in 2009 as the Children’s Pastor and has also served as the Next Generation Pastor at FBC. 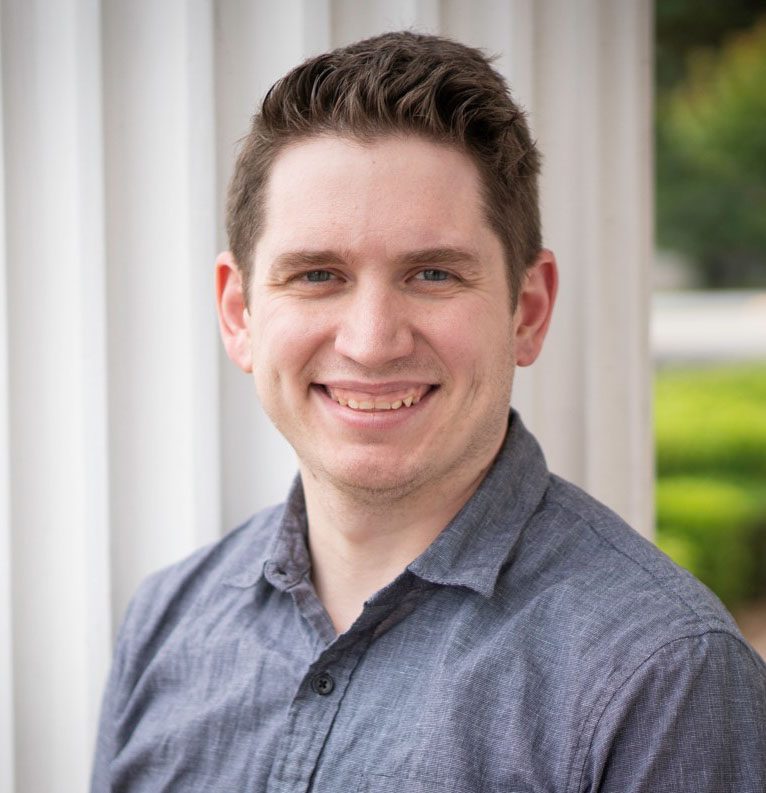 Eli Leslie grew up in Van Buren, AR and attended First Baptist Church Fort Smith from pre-school through high school. He began serving in ministry here at FBC for many years under some wonderful pastors and leaders. Eli served in two churches as the Children’s Pastor before being called to be the Director of Children’s Ministry here at First Baptist. Eli has had a love for ministering to kids his whole life. He received his Bachelors of Science in Architectural Studies with a music minor from the University of Arkansas Fayetteville in 2015. He then completed his Masters of Arts in Christian Education from Midwestern Baptist Theological Seminary in 2019. Eli married his wife Hannah in 2016, and has two beautiful daughters named Parker and Briley. He has a heart for children, and seeing them come to know Jesus Christ as the Lord and Savior. 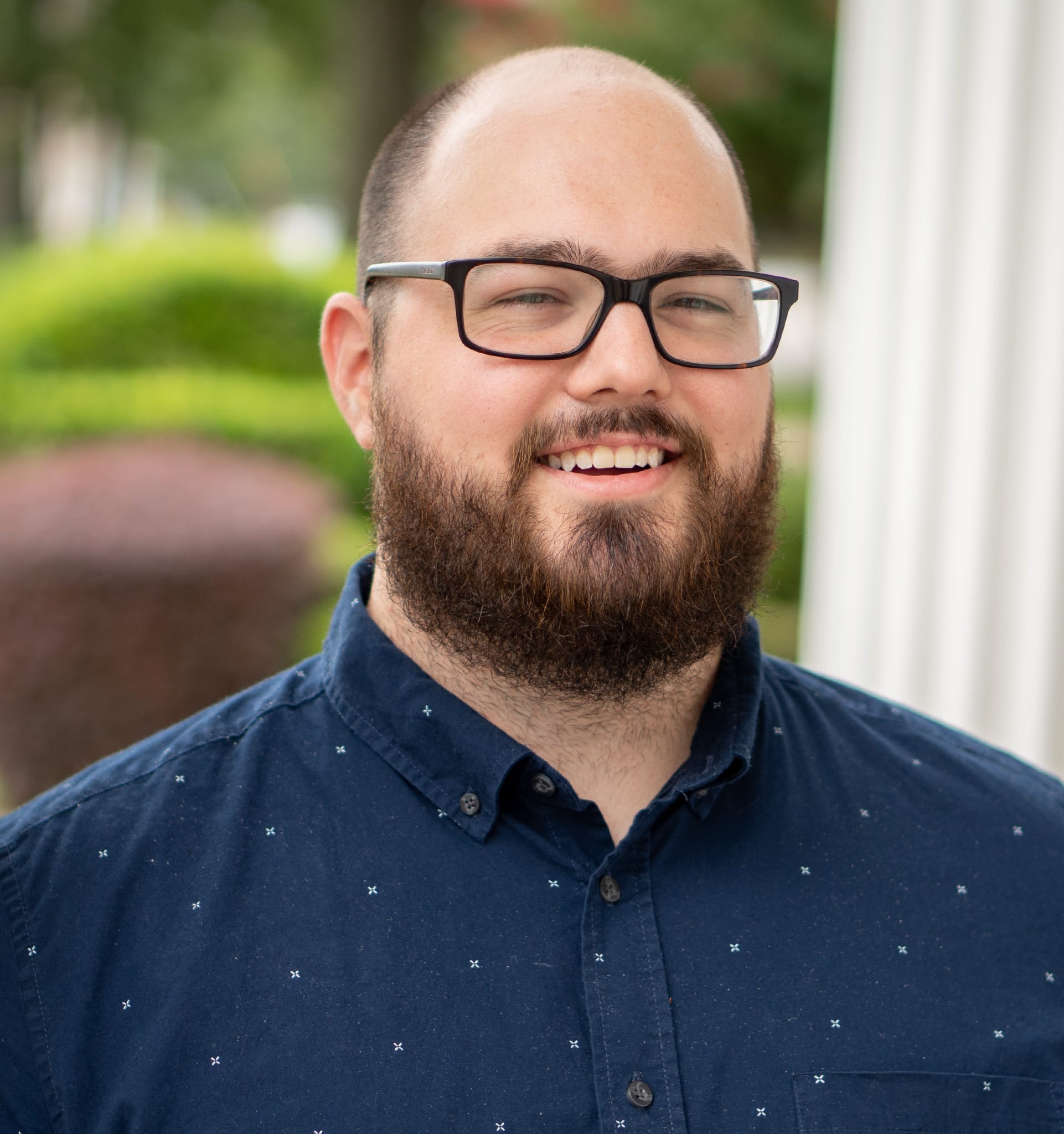 Will Boyd, Director of Digital Communications

Will grew up in Fort Smith and began attending First Baptist Church in junior high. After high school, he served in many roles at FBC, including helping in his mother’s preschool class, helping in the Children’s ministry, and being a Sunday school teacher and intern in the Youth ministry. He also worked several summers at a Christian adventure camp in northwest Arkansas. During this time, God revealed that His plan for Will was in ministry. Will left FBC in 2017 right after marrying his wife Cara, to begin bi-vocational ministry as the Children’s Minister at First Southern Baptist in Central City, Arkansas. Will joined the staff at FBC as Director of Children’s Ministry in January 2019 and then transitioned to his current position in August 2020. He and Cara are excited to be at FBC with their two children Bella Grace and Liam. 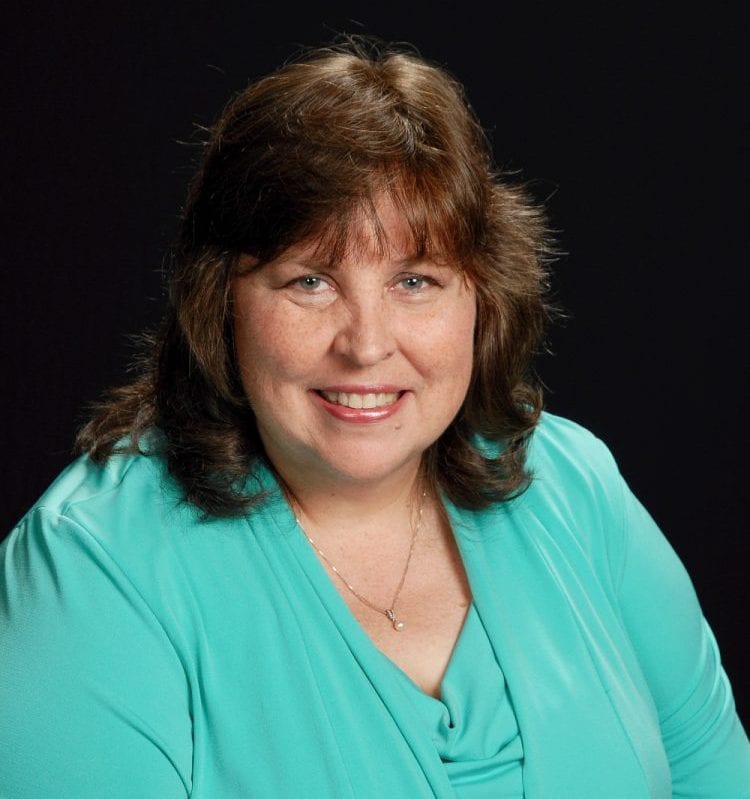 Johna surrendered her life to full-time Christian service at age 16 at Barling, First Baptist Church. She graduated (with honors) at the University of Central Arkansas with a Bachelor’s of Science in Education the spring of 1980, which is the same year she married her high school sweet heart, Steve. It was one year later that Johna would begin serving, on staff, at First Baptist Church. God has blessed them with two children: Julaina Thornton (husband Aaron) and Sam Gaddis. Johna has served the church over 34 years and loves her Preschoolers. She has made children her life’s work. One of her greatest joys has been to see the children she loved and ministered to have children of their own. 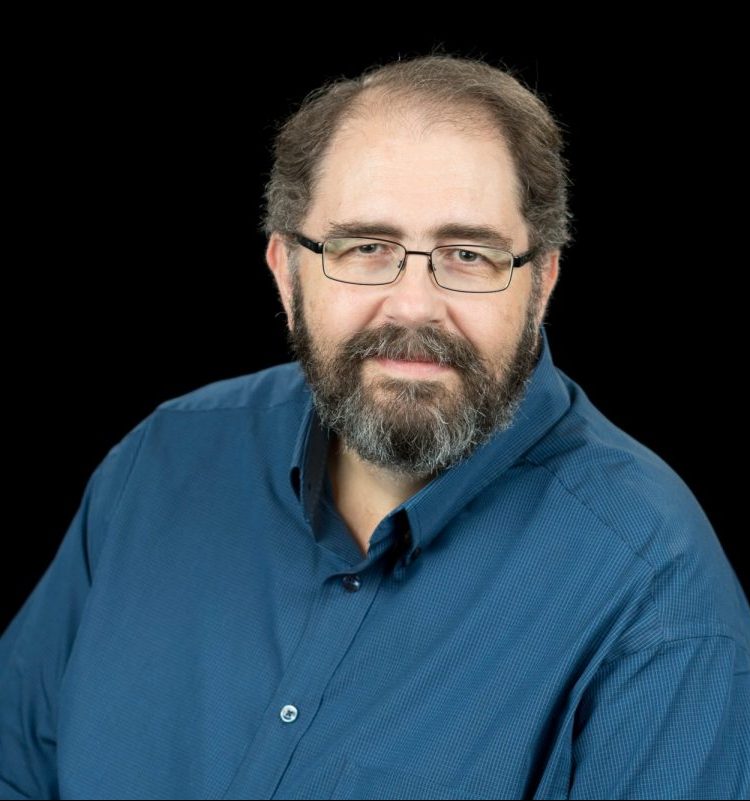 A native of Fort Smith, Bob’s media journey began in 1980, shortly after he and his wife, Jan, joined FBC Fort Smith. Bob and Jan’s first child had been born in March of 1980, and a “New Baby Visitation” team came to visit Jan one morning and led her to Christ. Later the same day, a team came back to visit with Bob, and he prayed to recieve Christ that evening… shortly after, both were baptised. Bob joined the FBC Media team under the direction of Carl Riggins and had no knowledge or experience in broadcast media. He quickly discovered that God had given him a desire and ability for media and technology. After gaining some experience, in 1985, Bob began working for KHBS/KHOG (40/29) in Fort Smith. He started at the bottom and quickly moved into different areas of the station’s broadcast operation. Working in the control room and directing live news broadcasts is what prepared him for his current role as Media Director. Bob began as Media Director in 2004 but he has directed our “Hope From Above” broadcast for over 30 years. Directing, editing, weekly audio/video production and graphic design are just a part of Bob’s current responsibilities, as well as leading a team of dedicated media volunteers each Sunday. 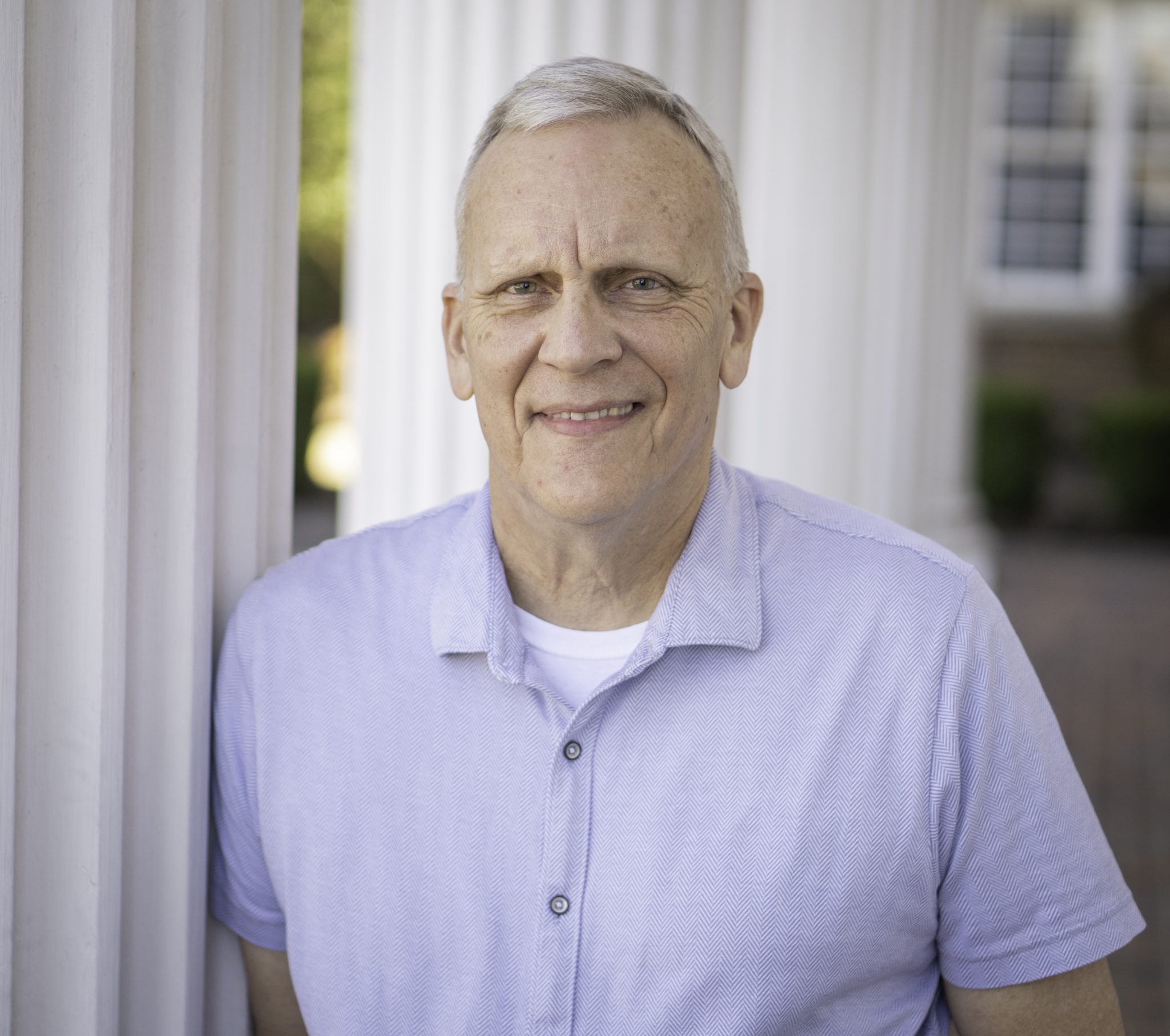 Randy grew up in Fort Smith and has been a member of First Baptist Church since 1967. He graduated high school from Southside High School and received a Bachelor of Science in Business Administration majoring in Marketing from the University of Arkansas at Fayetteville. Randy married his wife Missy, who also grew up at First Baptist Church, in 1983. They have three children and four grandchildren. Randy has worked over 30 years for multiple companies in the Fort Smith area in the Information Technology area.